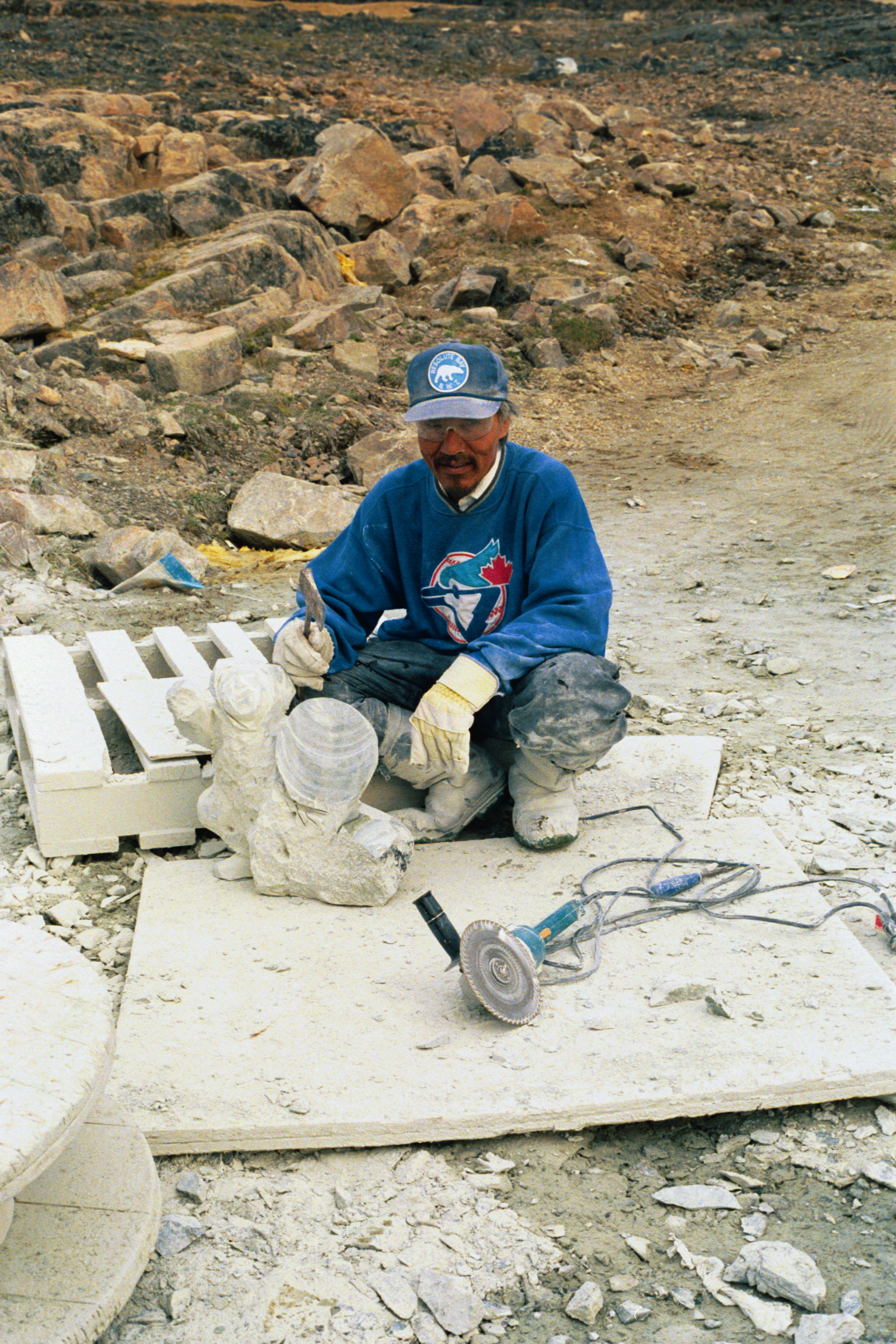 Kellypalik Qimirpik was a sculptor based out of Kinngait (Cape Dorset), NU. He is known for realistic depictions of dancing wildlife and transformative compositions with human faces emerging from the stone. Qimirpik’s style tended towards realism in his depictions of wildlife, with walrus and musk oxen among his most common subjects. In 2002 Qimirpik created a 30-foot-high inukshuk sculpture installed in Toronto Inukshuk Park (formerly Battery Park). His works are also held in the permanent collections of the Winnipeg Art Gallery in Manitoba and the National Gallery of Canada in Ottawa, ON.