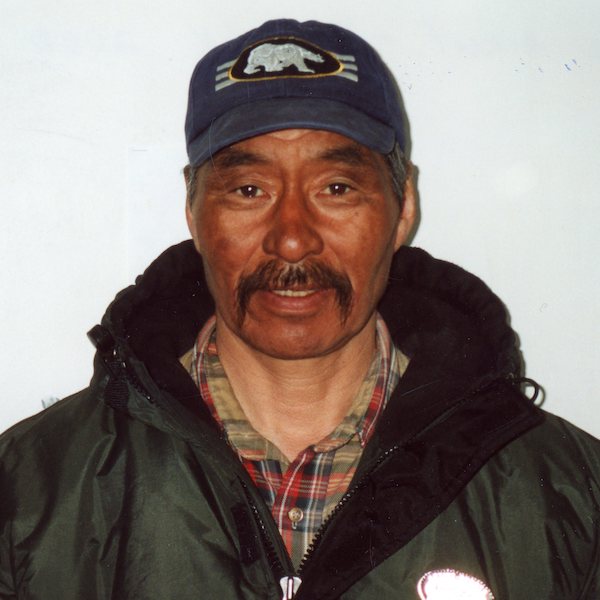 Lukie Airut was a carver from Iglulik (Igloolik), NU. Airut’s sculptures were influenced by the land and often featured animals, birds and people in traditional camps. Working primarily in bone, Airut carved in the round with each angle revealing subtle details. In particular, he was known for his elaborate walrus skull sculptures. Utilizing a careful observation and lifelong experience to inspire his pieces, Airut’s work has been exhibited internationally and is included in the collections of many major institutions, including the Prince of Wales Northern Heritage Centre, the Winnipeg Art Gallery and the Art Gallery of Ontario. Airut also studied jewellery design at Nunavut Arctic College in Iqaluit, NU, where he learned to work on a smaller scale. These skills transferred to his carving practice, as he incorporated miniature figures and fine details into larger pieces of bone. Airut even included detachable jewellery in some of his works, such as the sculpture Shaman Drum Dancer (1996).


Collection of the Winnipeg Art Gallery, Acquired with funds from The Winnipeg Foundation