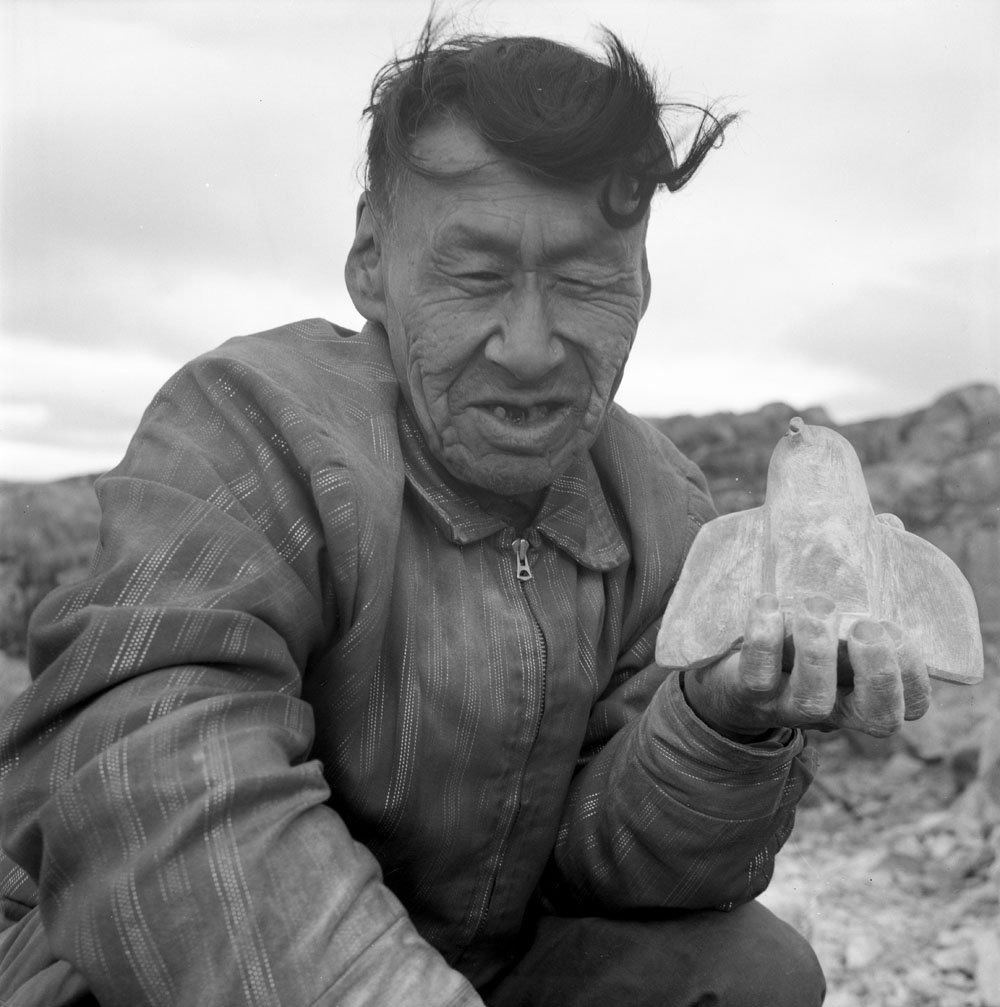 Tudlik was born in 1890 in near Kimmirut. He and his family moved to a camp near Kinngait in 1951 where he began producing carvings and selling them to James Houston. Tudlik’s carvings were quickly embraced and were exhibited at the National Gallery of Canada in 1951 and the Coronation Exhibition at Gimpel Fils Gallery in London, UK in 1953. Tudlik became known for his stylized representations of animals in stone, particularly birds with round eyes and flat protruding wings. He also participated in early printmaking activities in Kinngait and four of his prints were included in the first Cape Dorset annual print collection in 1959. A fifth print followed in the 1961 collection, but by that time Tudlik’s eyesight was weakening, and art making became difficult. Tudlik’s prints, like his carvings, are heavily stylized and share the artist’s unique point of view. His 1959 print Bird Dream Forewarning Blizzards shows a figure and a bird spirit. The large bird closely resembles the artist’s best-known sculptures, with flat, outstretched wings. Crucially, his prints reveal important traditional knowledge about camp life in the early 20th century. His print Division of Meat, 1959, for instance, appears to be an abstract linear composition, but it records how a harvested seal would be butchered and shared with those who had participated in the hunt. Tudlik died in Kinngait in 1966. His son Latcholassie Akesuk, also a prominent carver, began carving with his father in the early 1950s and continued making work in an abstract style similar to his father’s until his death in 2000. Tudlik’s prints and carvings can be found in the collection of the Museum of Modern Art, the Winnipeg Art Gallery, the Art Gallery of Ontario, the National Gallery of Canada and the Dennos Museum.