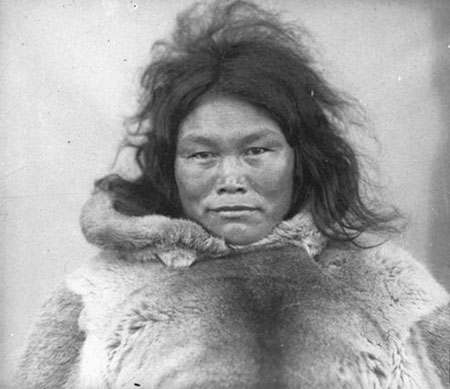 Ennutsiak was a renowned and respected carver known for his skillful depictions of Inuit community life. Originally from the Nunavik region in northern Quebec, Ennutsiak spent the majority of his life on the land, eventually settling in Iqaluit, NU, where he became an active community leader, organizing traditional Inuit games during seasonal festivities and telling stories over the local radio broadcast. Depicting the details of everyday life in his art, Ennutsiak created captivating scenes of men butchering walrus, birthing scenes and families incorporating Christianity and southern trade goods into their households. People in Church (1965) is a fitting example, with five small figures seated, diminutive prayer books open before them. Near the end of his life and posthumously, Ennutsiak’s works gained substantial commercial success and were exhibited internationally. Currently, his works are held in several major public collections including the Canadian Museum of History, the Art Gallery of Ontario and the Winnipeg Art Gallery.