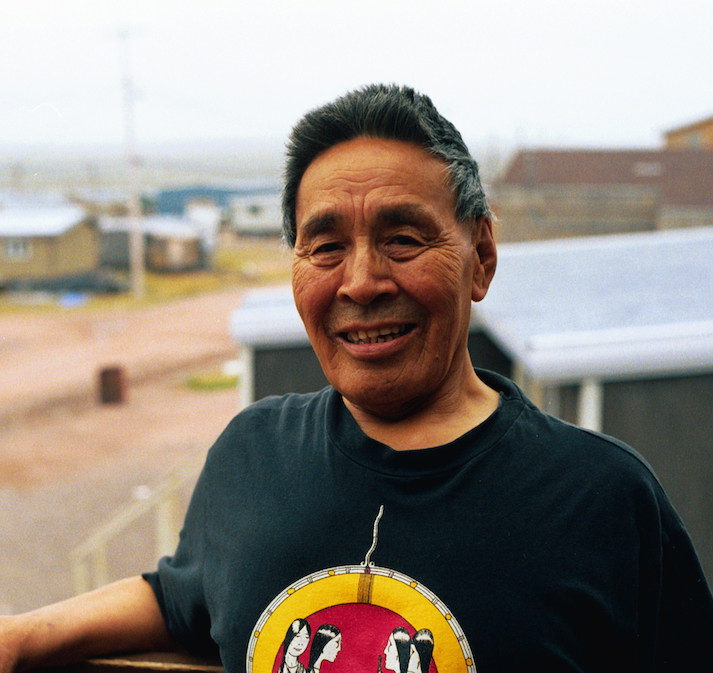 Simon Tookoome was from Tariunnuaq (Chantrey Inlet), NU and lived with his family on the land. At different times in his life Tookoome has been a fisherman, a builder, a teacher, a jeweller, an artist and carver, all professions which he imbued with traditional Inuit knowledge. Tookoome began by carving bone and soapstone in the 1960s, but was more interested in drawing as it gave him greater artistic freedom. Tookoome’s graphic style is influenced greatly by his childhood, being raised on the land and hearing traditional stories from his family, “The first things I learned to draw were my mother’s stories…showing the way Inuit used to live.” Drawing ideas from the land around him, Tookoome’s aesthetic engages with hybrid animals and shamanic practices, and is influenced by heavy contour lines and deep, saturated tones of colour.


Collection of the Winnipeg Art Gallery, Gift of Marie Bouchard