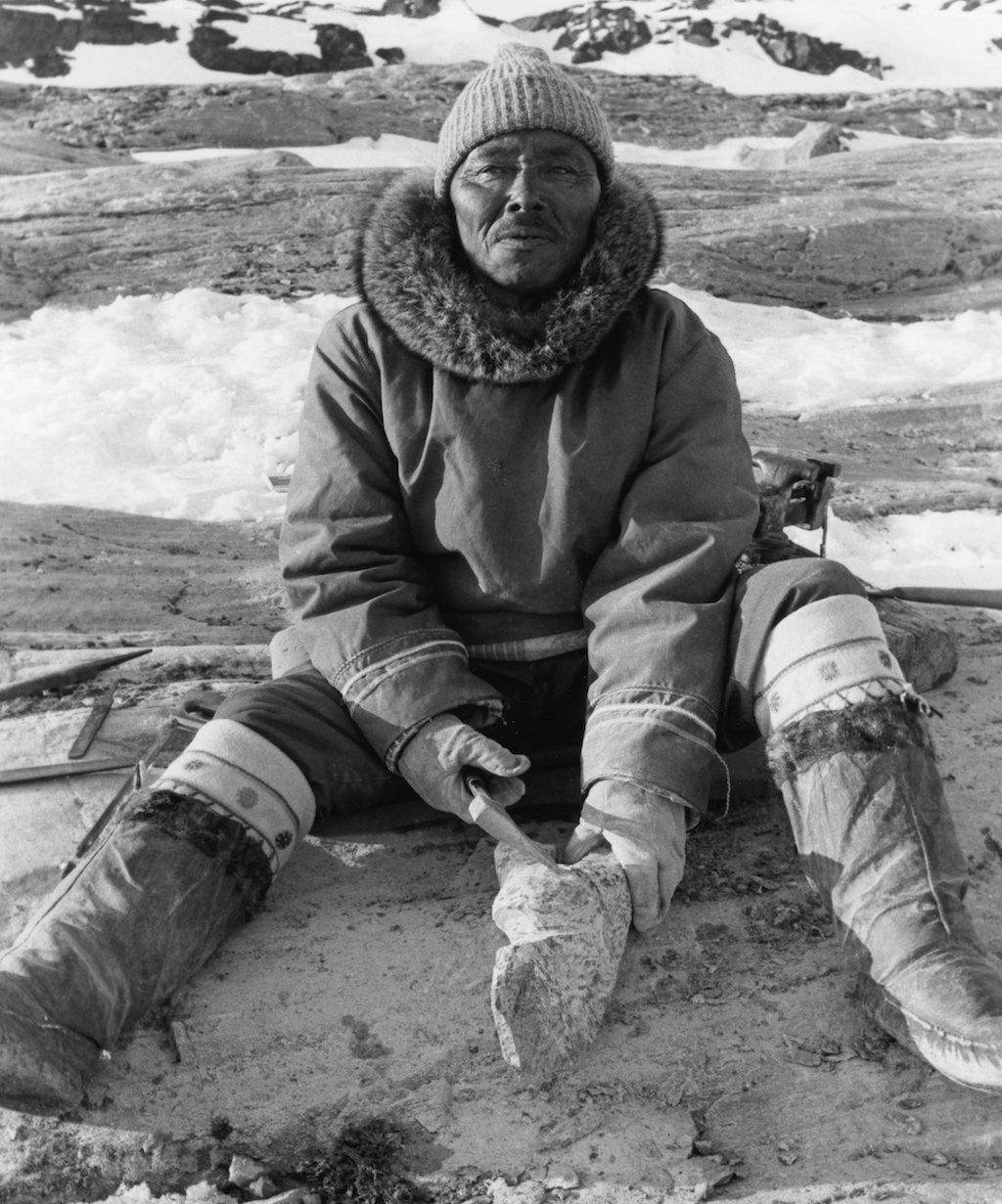 Sculptor Qaqaq Ashoona was a hunter and trapper based out of Kinngait (Cape Dorset), NU who was adept at marrying heavy and compact forms with lighter, movement-rich elements. Known for his representations of mythological and spiritual themes, as well as depictions of women, including scenes of mothers and children, Ashoona’s female protagonists are rendered in loving detail with unique faces and specific adornments from hairstyles to clothing. This is rendered clearly in Taleelayuk and Serpent (1962), as the artist depicts motion through flowing har and the winding body of a powerful serpent. Ashoona's work has been exhibited nationally and internationally regularly since 1953. In April 1973, his first solo exhibition, Sculpture by Kaka of Cape Dorset was held at the Gallery of the Arctic in Victoria, BC. His work is housed in numerous major collections, including the National Gallery of Canada, Winnipeg Art Gallery, the Montreal Museum of Art and the Canadian Museum of History.