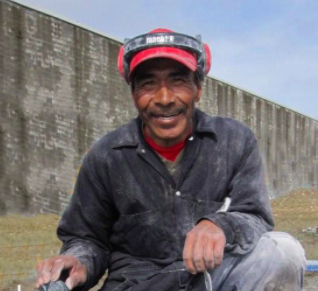 Encouraged by his mother, well-known graphic artist Elisapee Ishulutaq, Jaco Ishulutaq began making art at the age of 16, learning to carve by observing his grandfather. Based in Panniqtuuq (Pangnirtung), NU, Ishulutaq sculpts in a variety of materials, such as antler, ivory, whalebone and soapstone, and has also experimented with graphic art. Over the course of his career, many of his drawings have been turned into tapestries and prints by artists at the Uqqurmiut Centre for Arts & Crafts in Panniqtuuq, Nunavut. Considered one of the most well-known artists in his community, Ishulutaq had a landmark solo show at the Museum of Inuit Art in Toronto in 2012, and was awarded the Nunavut Commissioner’s Arts Award in 2018 in recognition of his contributions to the region’s visual arts.